The Amorphous Androgynous - Listening Beyond the Head Chakra

Feel free to talk about anything and everything FSOL related in this board.
Post Reply
72 posts

Video of a mix of 'We Persuade Ourselves We Are Immortal' echoing around Gaz's house and garden. Gotta be honest, this is sounding fucking incredible. Those expecting the album this year may have to be patient, from what I can tell from the comments this track still isn't finished - someone was on about adding bass to it.

Another intriguing comment from Gaz, in response to someone asking where the version with Raven Bush's violin is: "Probably releasing LONGFORM singles so a mix of that will appear yes !"

This excites me a lot. It looks like the longform single to accompany the Environments is probably not happening at this rate, but an Amorphous one is equally welcome. Back in the '90s when electronic groups did their own alt mixes on singles, be they Orbital and Moby's self-remixing, Underworld elements reappearing in the least expected places, or FSOL's longform trips, was a fucking golden age and something that's really been lost in this post-single era.
FSOL NEWS /// ENOFA
Top

"the album is forecast to land sometime around the end of the year .. Xmas hopefully"

Classical FSOL project sounds exciting. Anyone keep track of how many albums they currently have in the works?
Top

This isn't entirely up-to-date but it's probably the most comprehensive list we have.
FSOL NEWS /// ENOFA
Top 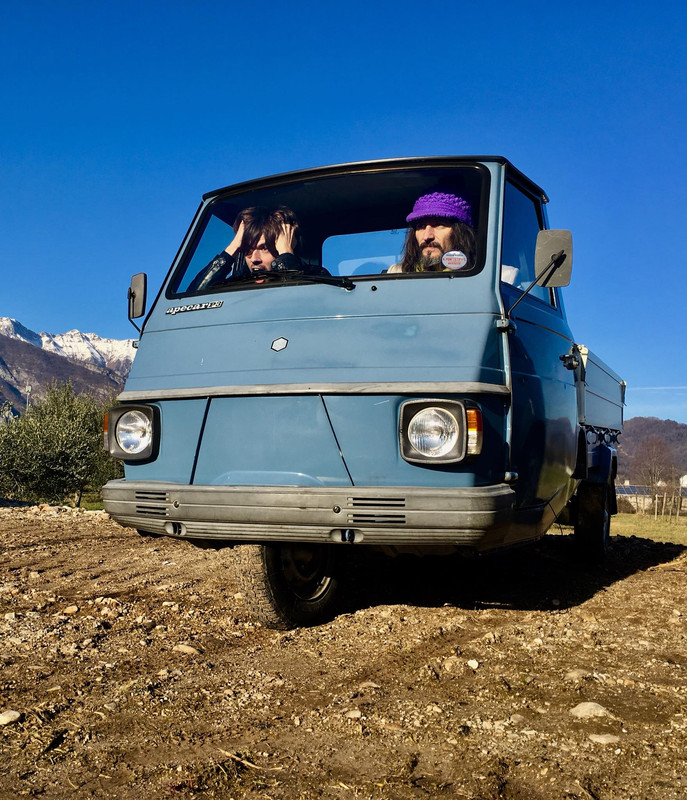 Time to free up them there guitars and I can think of no better man than Ray Fenwick ( he of both Spencer Davis Group & the Ian Gillan ( vocalist in Deep Purple ) band for many years and also guitarist on a Bo Diddley album or two ( circa Chess Records period ) who not only became the replacement guitarist for Steve Howe ( Yes ) in the Syndicats but also recorded and toured as part of Steve’s very own ‘ Remedy ‘ project for years too alongside being in supergroup ‘ Forcefield ‘ with Cozy Powell and members of Black Sabbath & Whitesnake ..... illustrious doesn’t even begin to cover it .....
there I was thinking we were simply doing a coupla solos but Ray came with the whole 14 minute track notated & manuscripted and 10 hours , a plethora of guitars , effects , harmonies and ideas later we now have a veritable guitar symphony ....
In retrospect it seems some kind of an oblique strategy to record the guitars last thing on a psych crock of a record but hmmm maybe not after all ? ... these sonic misadventures are truly a lesson in life

Interesting that we still only have five song titles for this so far.

Shortest track is about 8 minutes at the moment , beginning to divide into two albums ......

Get the feeling the MPB remixes have definitely guided the direction of this record then.
FSOL NEWS /// ENOFA
Top

Not sure it’s quite strong enough for the ACTUAL video

but thanks to all those that contributed & was fun while it lasted ... ‘to be discontinued’ ( now ) ..with immediate effect ...
Top

Brian adds some SX-1 to affairs and the intro to 'We Persuade Ourselves We Are Immortal' is about complete. Sounding pretty incredible so far.
FSOL NEWS /// ENOFA
Top

Gaz mentioned in a comment today that the album is due next year, with the first longform single coming late this year.
I'd really like to think that means we'll get Environment Seven this year so as not to clash, but you never know.
FSOL NEWS /// ENOFA
Top

Oh no. If the new AA-album was a video game i would say it got stuck in 'development hell'. Or maybe publishing issues? Hopefully not another AA-release to be disappearing into nirvana.
Magnificient Insignificance
Top

Well, for the time it took, it's not an AA title anymore, more like AAA title

(Triple A, gaming industry jargon, for expensive game that take too long to make)

You're doin' too much, do less.
Top
Post Reply
72 posts