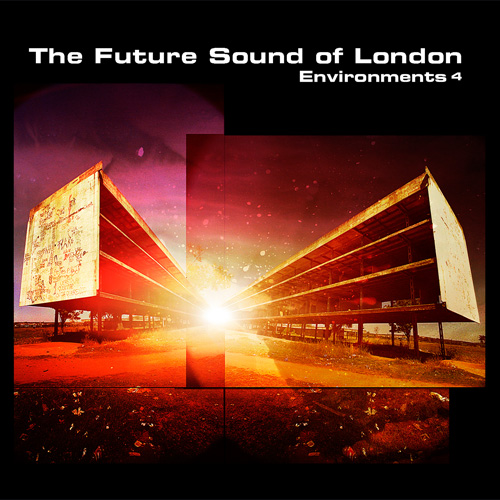 
Notes:
The fourth Environments record, as described as "past, present, future" by the band, containing updated and enhanced archived material next to new FSOL recordings. The recordings on this hint most heavily at "present", featuring much new material, and in many ways the album can considered a 'proper' new album. Sounds and samples from the band's past appear occasionally, but the mixture of acoustic, modern classical, folk, new age, ambient, world/percussive and vintage synth sounds perfectly matches the group's recent tastes and leanings. Mood-wise, the album is a lush, exotic sounding work, not entirely unlike Lifeforms, but in terms of sound, it represents the first time the psychedelic world of Amorphous and the electronic sounds of FSOL have met properly. 'Fibrillation' is related to the two Glacier tracks on Environments 2, and 'Long Day' features a bleeping sound as used at the end of 'Glass' on Dead Cities; any other links to the past are currently unknown. The linked opening and closing pieces are from the soundtrack to the game Prime World. 'Plough', an alternative, more electronic-based version of 'Fibrillation', is a bonus mp3 for purchases made through FSOLDigital.com

I think I'd made too many topics by this point.
FSOL NEWS /// ENOFA
Top

Found a wonderful quote from a user review on Amazon:
"No more ramblings of a madman, but a path of wise and enlightened from the next-gen evolutionized FSOL."