Feel free to talk about anything and everything FSOL related in this board.
Post Reply
390 posts

Yeah, it's a really unusual picture. Not sure it's The Iron Man, although it's similar. And yes, there's a real Ambassadors of Death feel to it, weird astronauts with blacked out visors.

Wonder how long we have to wait to find out if there's a calendar this year.
FSOL NEWS /// ENOFA
Top

I hope we will find out there will be a 2022 calendar very shortly!
Repetition Is A Form Of Change
Top 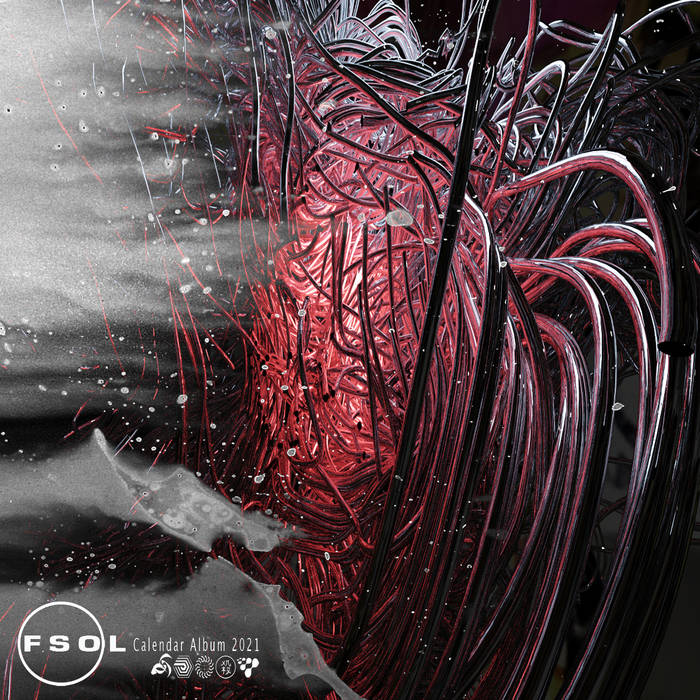 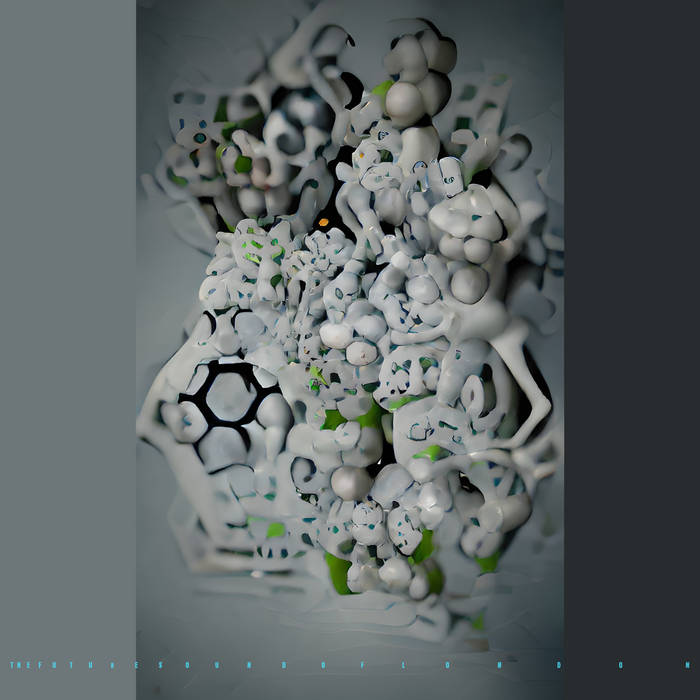 2022 Calendar now on Bandcamp!
It's also available as MP3 or FLAC from FSOLDigital. I wonder whether we'll be getting email updates if bought from Bandcamp. Would be a shame to not have the track-by-track notes. Maybe they'll appear on the page itself.

Looks like it's starting with a completely new piece if the date in the credits is correct.

"Happy new year to all,

I bought off of FSOLDigital as normal.

Hail the continuation of the FSOL Calendar series. There is always that mildly worrying wait from 1 Jan until it appears for another year to see if they will continue it.
Repetition Is A Form Of Change
Top

Just spotted 'Mokguxtlk' has changed from Forest Trails to FSOL on the 2021 one.
FSOL NEWS /// ENOFA
Top

Interesting. Perhaps they have abandoned the Forest Trails project, whatever that may have been.
Repetition Is A Form Of Change
Top

New track Opk Machines Trx M2 is mellow and 6 mins long. Not as strong as the last four in 2021, but nice all the same.
Repetition Is A Form Of Change
Top

wow, this track is really not deserving of the fsol name. this is a band who made cascade, yage, symphony for halia and they put out a track like this as fsol?!?

will sadly have to give the calendar a miss this year. I liked a couple of tracks near the end of last years but honestly a lot of throwaway stuff on there. this will be the first fsol album I've not bought but I'm so disappointed with most of the recent stuff. hopefully if others think the same it might convince them to put the quality control up again!
Top

The same. Unfortunately they have put quantity over quality for far too long on much of what they release these days. I haven't found much of interest on the last couple of years of Calendar albums so I will give it a miss too.
Top

Sadly will have to third this, last album I enjoyed was Environments 6. Not sure what’s happened to them recently but the magic has gone. Hoping Environments 7 will be back to form, they’ve always been good albums.
Top

I guess I'm in the minority that likes Mokguxtlk - reminds me of Tangerine Dream's Phaedra for some reason (also the general vibe from their (circa) 1993 mixes)
ilovecubus.co.uk - 25ml of mp3 taken twice daily.
Top

I wasn't sure about it until I heard it when doing the track-by-track and it suddenly clicked, now I really like it as a strange, hypnotic piece. I'd love to know what else is on the Forest Trails album if it ever comes out, it seems like such a strange one-off. I totally get why someone might struggle with it, it's on the very extreme end of the minimal pure electronica side of modern FSOL which is a world away from the organic, constantly changing structures approach of the '90s material.
FSOL NEWS /// ENOFA
Top

Curious if the February track will automatically appear at some point today in my Bandcamp FSOLdigital Presents 2022 Calendar album purchase, and get a notification. ?
Top

Hey,
For those interested, the FSOL Calendar track for February is now available from the album's page. This month's calendar track comes from Future Sound of London - Displace …
Recorded May 2018 @ Nine L West - Engineered by Yage 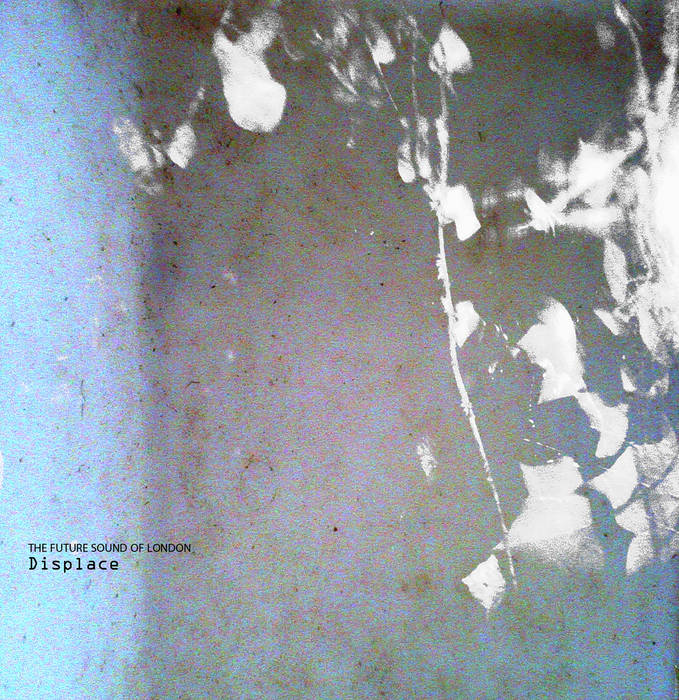 mcbpete wrote: ↑Mon Jan 31, 2022 1:16 pm I guess I'm in the minority that likes Mokguxtlk - reminds me of Tangerine Dream's Phaedra for some reason (also the general vibe from their (circa) 1993 mixes)

Ok as the person who seems to hate it the most I’ll try and explain
to me it’s not what FSOL are about. the reason I always loved FSOL was the amount of variation and complexity and instruments / samples. this track is the opposite of that - completely synthetic and very repetitive. if you like minimal idm focused stuff then it might be up your street but honestly, this is the band that brought us my kingdom, slider, among myselves, point of departure, I dream in viral blue, they excel at making big enveloping music with great ranges of sound, organic elements, really varied pieces that meander from one place to another and introduce weird elements when you least expect it. FSOL to me is about being enveloped in a really great atmosphere that takes you places and a teack like moxguktkl is the opposite of that: it’s repetitive and claustrophobic and, unless you like really repetitive music, it’s quite boring. I never got bored of FSOL in the past because tracks always went places and introduced surprising sounds and elements throughout. This doesn’t do that in the slightest. Once it’s started you know what you’re getting right to the end. When it was a side project I could accept that it was them experimenting with a different approach that wasn’t my kind of thing, but by renaming it as FSOL they’re intentionally placing it alongside classics like cascade, Yage, dirty shadows, and I don’t think it belongs there at all

really though I think up until about 2017/2018, FSOL always had a unique sound that changed from album to album// track to track but was always recognisable as them - instruments, samples, voice snippets, field recordings, dense layers, complex song structures, just tons of sounds that you could never identify, when I was reading Ross’s blog it became obvious they started developing this sound on the early dance tracks even. But these days so so many tracks just sound like second rate anonymous idm. they’re perfectly functional and if your mate made them you’d say yeah well done that’s cool, but for a band who’ve made some of the most forward thinking and brilliantly unique electronic music ever, to just sound like drum machines and arpeggios that tons of other musicians make is really, really sad. Im not saying this just to be controversial, I’m actually really sad that it’s got to this stage.

I was actually thinking they release too much but it occurred to me that in an 18 month period in the 1990s they released Tales of Ephidrina, Liquid Insects, Cascade, Lifeforms, Lifeforms Paths and ISDN as well as Environments if they label would have allowed, and loads of stuff on ISDN transmissions a lot of which was great. so theyve proven that they can do multiple albums in a short period of time, but when they try it these days it’s mostly underwhelming. even a few years ago when a new EP would come along it’d be sand sound folly with some acoustic stuff or EMS Piano classical stuff so it would be varied if not always perfect, but we’ve got to a stage of just bleeps and drum machines for 50 tracks a year and that’s not why I listen to fsol
Top
Post Reply
390 posts